His Life and Work

Among the Age of Enlightenment’s outstanding philosophers, Voltaire is certainly one of the most famous. His internationally-renowned and extremely varied works are still highly relevant today. 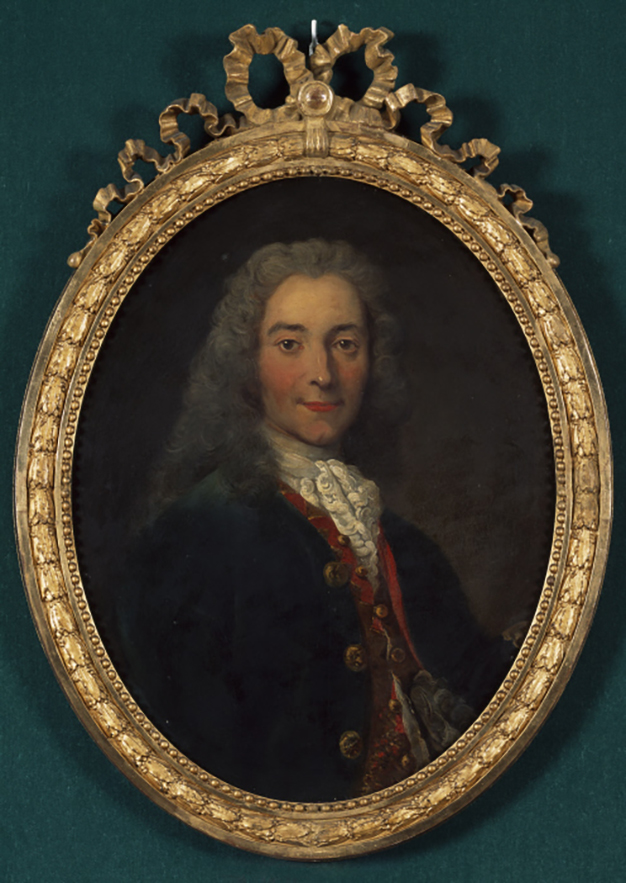 Although he disputed the date, Voltaire was officially born on 21st November 1694 in Paris. He was christened the next day, in the church of Saint-André-des-Arcs, in Paris, under the name of François-Marie Arouet. At 10 years of age Voltaire entered the Jesuit school, Collège Louis-le-Grand where, as a true gentleman, he studied: Latin, rhetoric, versification and debating etc. At a very young age, he gained recognition for his brilliant mind. This opened the doors of the high-society salons to him, but also led to a few incidents.

At only 23 years of age, he was sent to the Bastille for the first time in 1717. This was due to the anger of the Regent, about whom Voltaire had written a satirical tract. His second imprisonment in the Bastille, in 1726, was the result of an altercation with Guy Auguste de Rohan-Chabot, who represented one of the French nobility’s most important families. Voltaire had encountered and publicly humiliated him during a trip to a Parisian theatre.

In the Bastille, Voltaire worked on Oedipus. This play, written under the pseudonym of Voltaire, was his first literary success.

A Long Series of Exiles 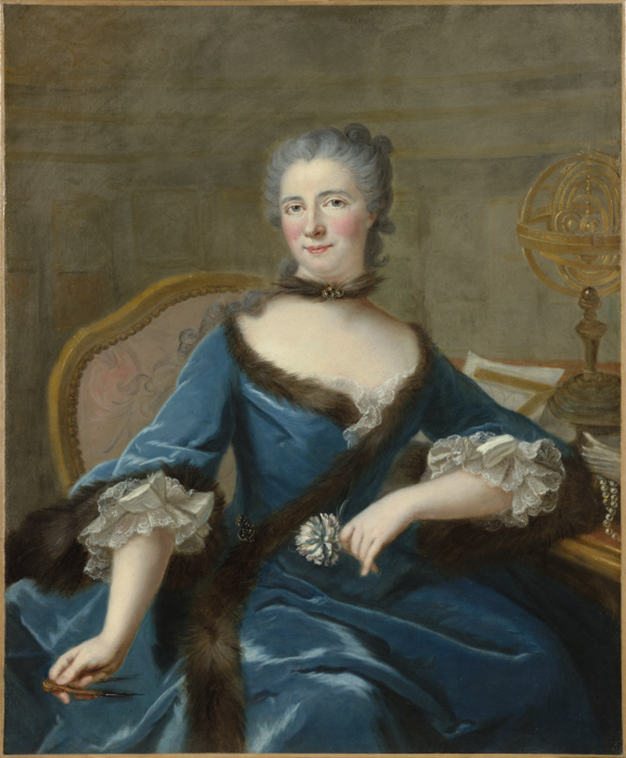 Following this stay, Voltaire was given two choices: he was either to remain in prison or choose exile. The philosopher preferred the latter solution and left for London in 1726. He lived there for two years, in the course of which he discovered English society’s religious and political pluralism. He was highly impressed by this liberty of form and opinion. Soon after his return to France, he wrote the Letters on the English or Philosophical Lettersin which he set out his observations. Voltaire praises the merits of the English system in this work but, at the same time, he enters into a very severe critique of the French system. Louis XV, who reigned over France, was far from pleased and hastened to impress this upon him.

In 1734, Voltaire therefore found refuge in the château of Cirey, in Champagne, with the Marquise Émilie Du Châtelet. This cultivated woman was the great love of his life. For fifteen years their shared life together was composed of study and travel.  After Émilie’s death, Voltaire went to Prussia in 1750, giving in to Frederick the Great’s numerous requests, and settled in the Palace of Sanssouci in Potsdam. The king and the philosopher became friends, but quarrels quickly emerged, leading Voltaire to leave Prussia in 1753 in unfortunate circumstances.

"The Hero of Ferney at the theatre of Chatelaine"

Voltaire hopes to return to Paris, but Louis XV formerly prohibited him from entering the capital. Voltaire therefore had to find a place to settle and sought a town reputed for its publishers. Following an invitation from Gabriel Cramer and warm recommendations from friends, he set his mind upon the Lake Geneva region. After several short stays in the canton of Vaud, he settled there in 1755, in a residence which he christened “Les Délices”, while he portrayed Geneva as “The Homeland of Freedom”. However, he very quickly became disillusioned. Indeed, the Calvinists, who then reigned over the Republic of Geneva, prohibited several of his works and threatened him because of his passion for theatre. Breaking point was reached in 1757 after the appearance of the article Geneva in Denis Diderot and Jean d’Alembert’s Encyclopédie. In this article, D’Alembert very severely criticised Genevan society, or at least Calvinist ideals concerning the theatre. Since the philosopher had stayed at “Les Délices” at Voltaire’s invitation, the latter was thought to have inspired his writing. The Calvinists were not taken in, Louis XV proclaimed a ban, the scandal broke and Voltaire, then in the middle of working on Candide, had to leave the City. 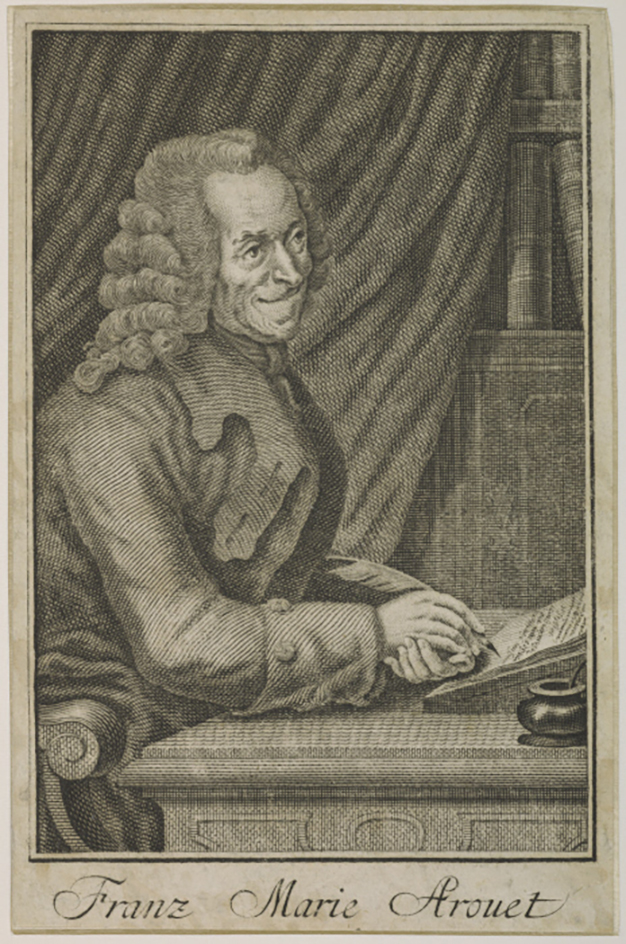 Ferney and the Major Affairs

As his last extile, Voltaire decided to purchase the estate of Ferney, near Geneva, in 1758. At that time he was unaware that he would spend the 20 most fruitful years of his existence there. The philosopher wanted to live in a place where he would be at liberty to think and act freely. On his arrival, he completely rebuilt the Château and arranged the park. Voltaire made the domain into his ideal town. By turns town planner, entrepreneur and patron of the arts, Voltaire transformed the market town of Ferney, in accordance with the principles of his philosophy. He had the marshes drained and organised the building of dwellings and a theatre and the rebuilding of a church. He had the roads paved and set up fountains. He developed pottery, tiles, silk and watchmaking manufactories. He also continued his combat against religious intolerance and fanaticism, undertaking major campaigns for the defence of theCalas and Sirven families andFrançois-Jean de la Barre… He continued his literary work with great intensity, writing more than 6,000 letters,the Dictionnaire philosophique (Philosophical Dictionary) and theTreatise on Tolerance etc.

When in 1778, at 84 years of age, Voltaire left Ferney in order to go to Paris, he left a prosperous town of a thousand souls behind him. He had not seen the capital for almost thirty years and his arrival gave rise to a great deal of agitation. On 30th March 1778, the Académie française paid tribute to him. At the time of a performance of Irène, his final tragedy, he was carried in triumph by the crowd to the Comédie-Française theatre. In the end, he was admitted to the most prestigious high-society salons of his time as well as being admitted to the Neuf Sœurs Masonic Lodge on 7th April 1778. Voltaire died on 30th May 1778. In order to avoid the communal grave reserved to men of the theatre and give him a dignified burial, his family and friends took him to Champagne, where he was buried in complete secrecy at the Abbey of Sellières. Voltaire entered thePanthéon in 1791, at the instigation of his friend theMarquis de Villette.