Every day, open a box of the Christmas Advent calendar and win lots of gifts!

Throughout his life, Voltaire maintained close relations with the European intelligentsia. From Ferney, these exchanges continued through his extensive correspondence and the numerous visits which he received.

Voltaire and his Prestigious Supporters 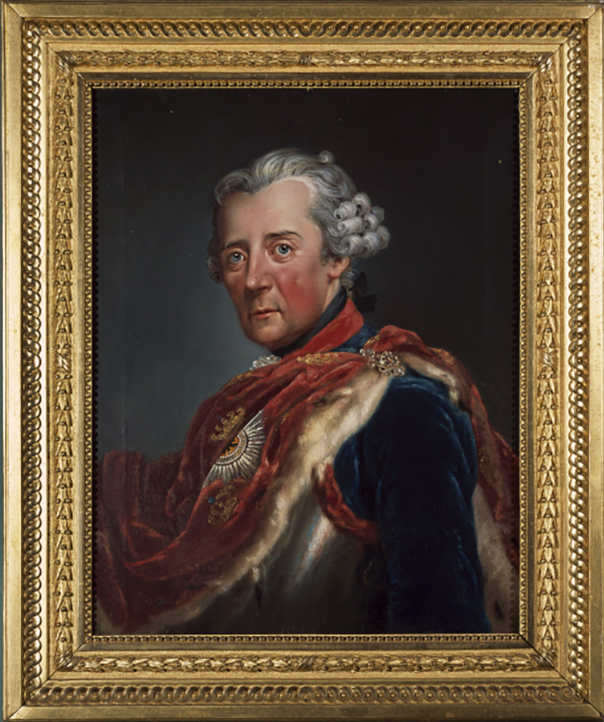 Frederick the Great of Prussia

Several crowned heads of Europe established relations with Voltaire, in order to safeguard their image as enlightened monarchs, friends of the arts, letters and philosophers. Amongst others, these included Frederick the Great of Prussia and Catherine the Great of Russia.

Voltaire received a first letter from the future king of Prussia in 1736. There then began a correspondence which continued until Voltaire’s death, in spite of an interruption between 1754 and 1757 after difficulties connected with the end of the philosopher’s stay in Prussia. The king missed no opportunity for flattery in order to attract Voltaire to his Court. Voltaire visited him several times before moving to the Palace of Sanssouci in Potsdam, from 1750 to 1753. 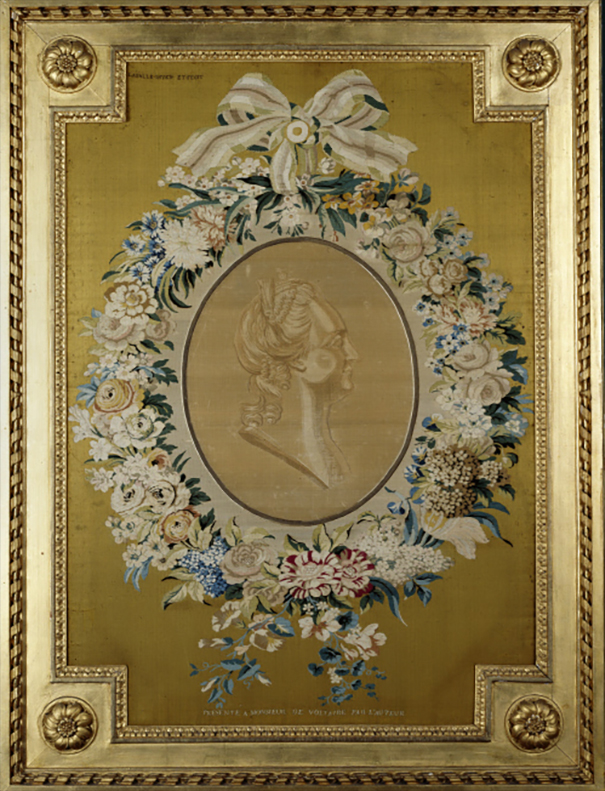 Catherine the Great of Russia

Catherine the Great of Russia also maintained extensive correspondance with Voltaire. On his death, she purchased his library and intended to build a replica of the château of Ferney in order to house it, in the park of Tsarskoye Selo in Saint Petersburg.
To this end, she ordered plans of the estate and of the interiors, a scale model of the château, which could be dismantled, and a catalogue comprising samples of the fabrics present in the residence. In order to imagine Voltaire’s life in Ferney, the Empress ordered a series of paintings, engravings and plaster casts forming a collection entitled “La Voltairiade”. However, this “new Ferney”, never materialised since Catherine the great abandoned her project because of lack of financial resources.

The various elements preserved at the National Museum of Russia, in Saint Petersburg, provide exceptional information on Voltaire’s château and have been essential resources in the development of the restoration project. 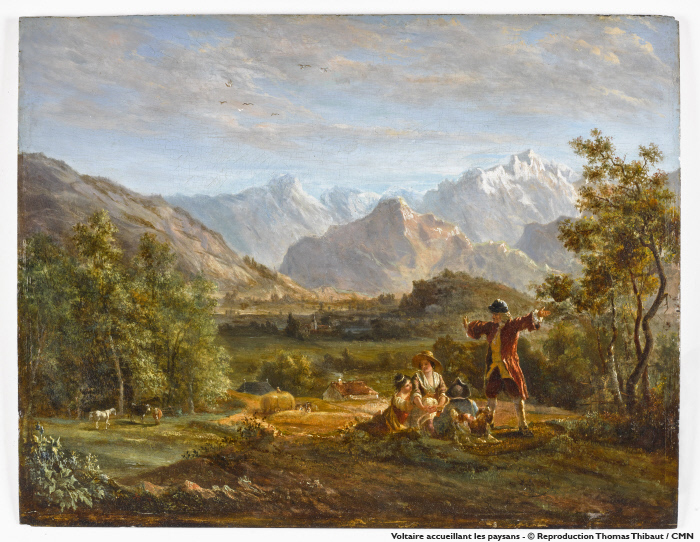 While Voltaire proclaimed himself “Europe’s innkeeper”, Ferney became the “nerve centre” of the Enlightenment, an essential visit for an elite which flocked from throughout Europe. His intense intellectual activity and his influence, which is particularly evident in his correspondence, attracted the great minds of the Enlightenment to Ferney, as well as high-society.

Numerous personalities were entertained at the estate for a period of almost 20 years (1758-1778), including Condorcet, Pigalle, D’Alembert and Denon. In 1766, Voltaire’s faithful friend, Marie Anne de Vichy-Chamrond, marquise du Deffand, exclaimed: “your age is a kind of supreme achievement; you are deified in your own lifetime, Ferney is a temple where people come from the ends of the earth to pay you tribute”. Frederick the Great compared this veneration for the Patriarch in his own lifetime to a religious phenomenon, a “pilgrimage”. After his death, numerous authors came to pay him tribute, such asChateaubriand, Flaubert, Dumas, Michelet and Gogol. Stendhal described this journey as an “essential visit".